More than 500 people have demonstrated across Switzerland after five young women were attacked in Geneva last week. The protests, organised by the Young Socialists Switzerland, took place on Sunday in Bern, Basel, Zurich and Lausanne.

On Wednesday, five women aged 22-33 were attacked in Geneva by a group of men outside a nightclub just after 5am. Two had to be taken to hospital with serious head injuries, one of whom is still in a coma. The following day, around 100 outraged citizens took to the streets of Geneva, followed by demonstrations in other Swiss cities.

Comment AEC: The unprecedented increase in such crimes are to be blamed on the migration policies of European nations, not on migrants in general! 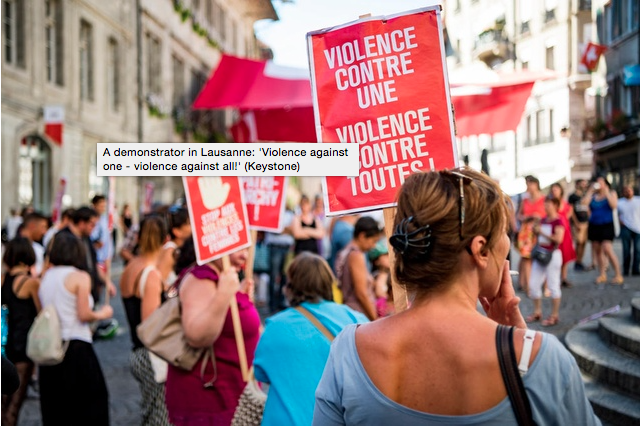 Geneva: Women beaten and severely injured by gang of “men”