The “food of the future” may be dead bodies. 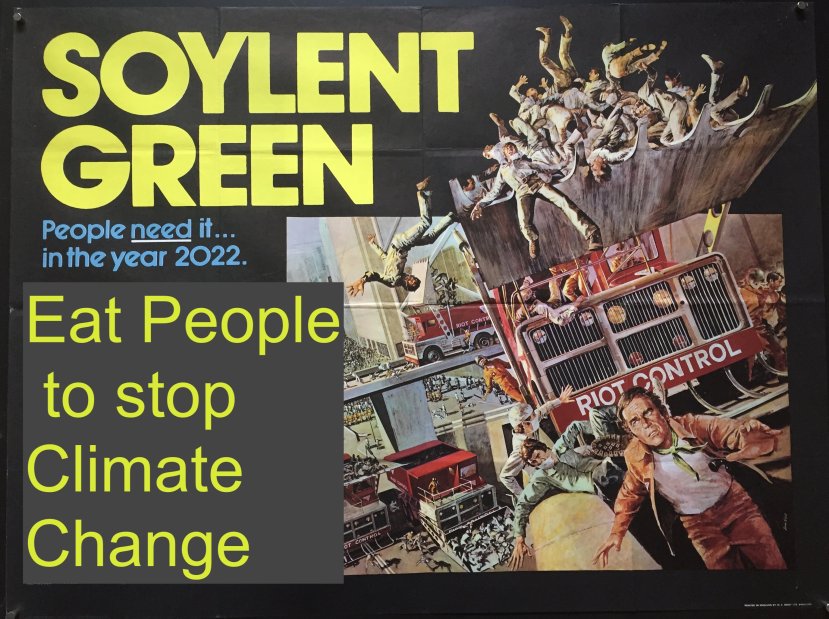 A Swedish behavioral scientis,  Professor of Marketing, has suggested that it may be necessary to turn to cannibalism and start eating humans in order to save the planet.

Appearing on Swedish television to talk about an event based around the “food of the future,” Magnus Söderlund said he would be holding seminars on the necessity of consuming human flesh in order to stop climate change.

Environmentalists blame the meat and farming industry for a large part of what they claim is the warming of the earth.

According to Söderlund, a potential fix would be the Soylent Green-solution of eating dead bodies instead.

He told the host of the show that one of the biggest obstacles to the proposal would be the taboo nature of corpses and the fact that many would see it as defiling the deceased.

Söderlund also acknowledged that people are “slightly conservative” when it comes to eating things they are not accustomed to, such as cadavers.

The discussion took place accompanied by a graphic of human hands on the end of forks. Lovely.

Another proposal to save the earth which has been promoted by numerous mass media outlets and environmentalists is only somewhat less disgusting – eating bugs.

No doubt Greta Thunberg and Prince Harry will be first in line for when cockroaches and human flesh is being dished out at the next international climate summit.

For those who are willing to give up their dignity and go backwards in the evolution of humanity, remember the catastrophic health consequences of cannibalism:

In Papua New Guinea, the practice of cannibalising deceased relatives is known to be the cause of the kuru epidemic amongst the indigenous Fore people. Kuru disease is a deadly  degenerative nervous system disorder, it disappeared almost completely  in the 1960s and 70s after the Australian authorities outlawed cannibalism.[I] When Dr. Michael Alpers started studying kuru in 1957, tribe members of victims regularly killed members of other tribes in ‘revenge’ because they suspected the others of having caused cases of kuru using remote ‘sorcery’. These revenge killings were the second most frequent cause of death after kuru. Singular cases of cannibalism are still reported, including related cases of kuru, which can manifest years to decades after the consumption of human flesh.