Once again, most victims are in the third world. (German text here)

We are officially done with statements such as “if the lockdown only saves one life it is worth it”. New York Governor Cuomo said: “if everything we do saves just one life, I’ll be happy.”

Governments keep reassuring us: if it weren’t for their draconian restrictions, the virus would kill 40 million people. But there is no proof that the lockdown prevented any infections, it’s just something they claim. In New York, for instance, most new infections affected people when they were in quarantine during full lockdown. Sweden, with almost no restrictions, has less infections than many European countries. The only thing we know for sure is the government measures/ lockdowns are destroying the world economy, put millions into unemployment, poverty and starvation. A hundred million are dying as we speak because of the government rulings only after the first two months of lockdown, while politicians and globalist elites are announcing that on and off lockdowns will continue for 18 months, for two years or for ever. So, if these measures continue, and even if the second wave comes, the man-made death toll will go into the billions and none of the survivors will care about a virus.

90% of Brits want coronavirus lockdown to continue. Right, because they themselves are not starving yet, the people who are dying are mostly in the third world. One might be tempted to hope that, progressive, far-left Western virtue signalers, while they don’t care for the well being and survival of their own people, they would at least start to care when it’s about starving children in Africa (caused by the policies they support). But then again, it’s called virtue signaling for a reason, some are probably preparing to drive their car to the next climate change rally, or to fly to a heal-the-world meditation.

Prof. Dr. Stefan Homburg of the Leibniz University of Hanover said Germany’s lockdown has had no effect on the spread of the corona virus and that the spread had already slowed down below a reproduction number of 1.0 before the lockdown.

The overall death rate in Switzerland in 2020 so far is lower than in 2015 in the same timespan. 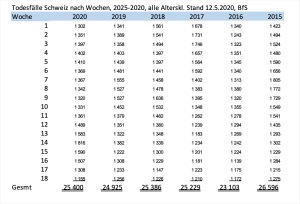 Around the world, the food supply is being artificially destroyed by government actions. But don’t worry, if you couldn’t stop eating meat for the climate, now you will do it because of the virus, and it’s good for you, too:  “Experts say Meat shortage could benefit you long-term”!

-On 22 April, the U.N. warned: Pandemic could cause famines of ‘biblical proportions’

Analysis from the World Food Programme, the U.N.’s food-assistance branch, shows that because of the coronavirus, “an additional 130 million people could be pushed to the brink of starvation by the end of 2020. That’s a total of 265 million people.”

“An additional 130 million people could be pushed to the brink of starvation.”

“Measures like strict stay-at-home orders are “drying up work and incomes, and are likely to disrupt agricultural production and supply routes.”

– International business times refers to the lockdown as ”A New Pandemic”: Effects Of COVID-19 may Start Global Famine

Famine will strike nations and unless “immediate action is taken,” this generation will see its population to the brink of starvation, said World Food Programme (WFP) director David Beasley. Beasley added that there is a “very real and dangerous possibility” that the plague will fall upon as many as three dozen countries. Tensions of war, economic problems and natural disasters will be some of the major factors he pointed out during a virtual briefing with the U.N. Security Council, said NBC News.

So, now apparently, the virus will also cause natural disasters. In reality, natural disasters and droughts are expected to increase due to the pronounced solar minimum, which is most likely turning into a Grand Solar Minimum as we speak.

May 15th : Because of the corona pandemic, aid organisations estimate that Germany has to spend significantly more money on development aid in the third world. The poorest countries in particular are suffering from the economic consequences of the crisis, warned the children’s aid organizations Terre des Hommes and Welthungerhilfe on Friday in Berlin. The organizations presented their annual “compass” on development policy.

“For us, the face mask is the face of the Corona crisis. For millions of children in poor countries, the corona crisis has the face of poverty and the end of educational opportunities,” said Birte Kötter, CEO of Terre des Hommes.

As a result of the crisis, the number of starving people could rise from 820 million to 1 billion, warned Mathias Mogge, Secretary General of Welthungerhilfe. “Up to 70 percent of the working population in developing countries works in agriculture – without any social security. Any strategy to alleviate suffering and initiate an economic recovery must focus on the agricultural and food sector.”

– In South Africa, the “chronic food shortages have already become so severe that they are starting to spark rioting, looting and civil unrest.

Again, the food shortages are not brought on by the novel Coronavirus, but by the government actions.

–businessinsider warns “US stores and supermarkets might see shortages for the next year and a half, supply chain experts say.” (April 24, 2020). Global supply chain disruptions and unprecedented demand have triggered shortages in household and grocery items in recent months.

With attention focused on coronavirus, undiagnosed and untreated TB cases will cause 1.4 million to die, research suggests.

Around 1.4 million people are expected to die from untreated TB infections due to the coronavirus lockdown, according to research published by Imperial College London and Johns Hopkins University. “Up to 6.3 million more people are predicted to develop TB between now and 2025 as cases go undiagnosed and untreated during lockdown,” reports the Guardian.

– Uk: “THOUSANDS OF PEOPLE ARE DYING AT HOME DUE TO THE LOCKDOWN.”

About 8,000 more people have died in their own homes since the start of the coronavirus pandemic than in normal times, a Guardian analysis has found, as concerns are growing  over the number of patients avoiding going to a hospital.

– According to an analysis by the University of Birmingham, 30 million surgical operations could be postponed or cancelled due to the lockdown. (May 14 2020)

As early as of MARCH 18, DOMESTIC VIOLENCE has already TRIPLED.

“Conditions stemming from the novel coronavirus — rampant unemployment, isolation and an uncertain future — could lead to 75,000 deaths from drug or alcohol abuse and suicide”, new research suggests.

– Oxford researcher Aaron Reeves told Reuters, “I think there is a good chance we could see twice as many suicides over the next 24 months than we saw during the early part of the last recession.” That means keeping the economy shut could add 20,000 additional deaths by suicide on top of the estimated 48,000 Americans who already die by suicide each year.

A federal emergency hotline for people in emotional distress registered a more than 1,000 percent increase (11 times as many) in April compared with the same time last year.

-A leaked study from inside German Government warns Lockdown could kill more people than the Coronavirus itself.

A leaked study from inside the German Ministry of the Interior has found that the impact of the country’s lockdown could end up killing more people than the coronavirus due to victims of other serious illnesses not receiving treatment.

Categories: Black Death, Heath, Society, The Fall of Europe, The Reneval of Earth 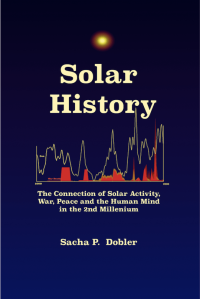