This image was used by snopes.com, one of the so-called fact-checking organisations who are supposed to tell the public what is real and what isn’t. CNN made the same deceptive comparison. What they didn’t mention is that the 2009 image was taken during the inauguration at noon, while the 2017 picture was taken early in the morning, as people were pouring in. Below is an image from the same CNN, during the ceremony, which shows the mall was packed all the way down to the Monument. 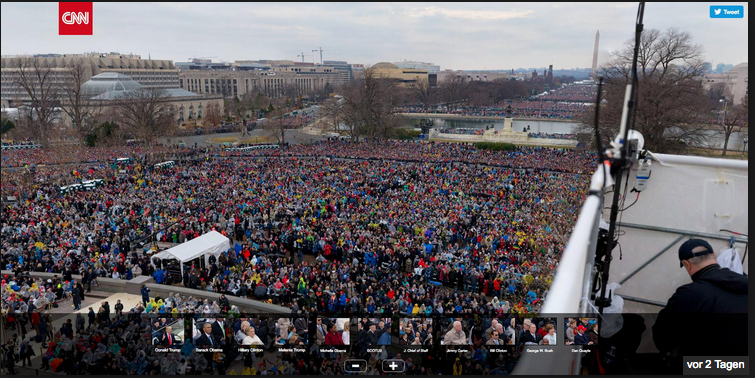 The real crowd at noon during the inauguration 2017 reaching back to the Monument.

Trump’s Inauguration 2017 at noon, the crowd extends all the way to the tent in front of the monument.