As global food shortages increase, Trump just silently de-facto ended asylum to the US. Where is the Democrats outrage? 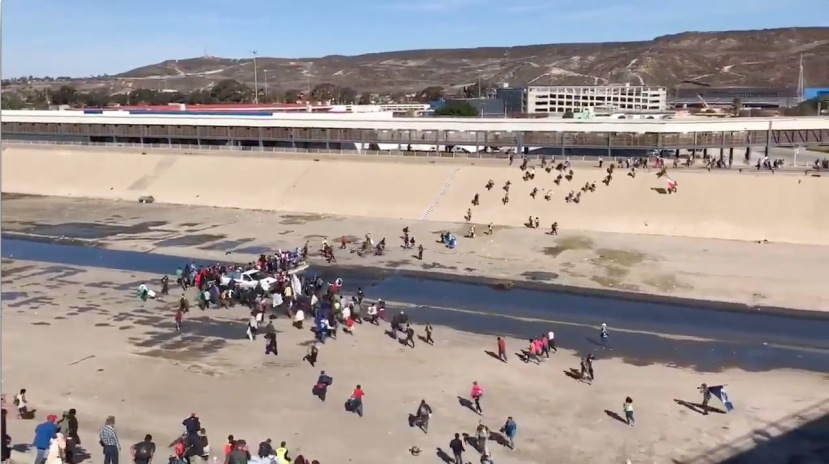 Democrats and media are still crying over hurt feelings while they are barely mentioning Trump’s new move to ‘end all asylum protections for most migrants who arrive at the U.S.-Mexico border’.

As solar activity keeps spiralling towards Grand Solar Minimum conditions, thus increasing cosmic rays and climate disruption, food shortages are already increasing, but the establishment media and globalist politicians are barely talking about it, even though it would support their narrative to blame the damage on man-made greenhouse gases in order to further tax western countries. But we don’t want to scare the masses with reality, do we? Instead they are scaring the masses with images of swimming polar bears and rising sea levels (that aren’t rising).

The real climate change news are disregarded and suppressed:

Why Are We Seeing So Many Bare Shelves at Grocery Stores Across the Country?

Trump keeps forcing the media and the democrats to talk about his controversial ‘go back’ tweets. Independent journalist Tim Pool argues Trump deliberately plays the democrats by making these unnecessarily provocative remarks and by keeping the attention on the bickering twitter war. The four far-left representatives known as “the Squad”, who were not supported by most democrat representatives, are in full melt down over Trump’s tweets, and they are forcing the rest of the democrats to take a stand with them. Trump Continues Attack on Congresswomen After Telling Them to ‘Go Back’.

Now, after Trump has not built one mile of the promised wall that got him elected, he silently banned asylum applications from all countries except citizens of Mexico and Canada or refugees coming directly by airplane.

In Solar History, I warned that the current overemphasis on identity politics might at some point be turned around by actual racists and used to suppress minorities. And I warned that ignoring and playing down the problems of uncontrolled mass migration will lead to an actual rise in real racism and xenophobia.

At the beginning of the European Refugee Crisis in 2015, I speculated whether the globalist elites could be planning to provoke the general population of western countries to demand closed borders before the real refugee crisis from natural (solar driven) climate change begins. In order to do so they would first force open border policies, unlimited mass migration from third world countries, which has indeed led to a staggering increase of crime and the deterioration of public safety, especially in Europe. The artificially caused crisis could then be used to provoke a back lash and convince Western citizens to demand closed borders without having to panic the masses over real global food shortages.

But that was just a conspiracy theory… For Europe, it is of course a little late for a silent and peaceful turn-around of mass migration policies, as 10 million young men have arrived in the past few years with no perspectives for jobs, disillusioned and with declining success in integration, they are constantly being told by left-wing governments and media that Europeans are racists. But for the US, this conspiracy theory may not even look so absurd after all.