Did anyone notice the combustion related air pollution in China and Africa? Now GMX News titles: “After The Day of Fire: Bolsonaro is chasing the arsonists.”

In the the first half of the year, AMazon forest fires were below average. In  August 21, NASA’s own description for a photo says that it is burning at close to the average for the last 15 years.

See update on the cause and extent of the fire: THE AMAZON IS NOT BURNING! Brazil’s Minister of the Environment Interviewed by Stefan Molyneux

Altamira (AP) – In view of the devastating fires in the Amazon, the police are now investigating the organizers of the so-called “Day of Fire”. “The federal police will enlighten the case with their expertise,” wrote Justice Minister Sérgio Moro on Sunday on Twitter.

“Criminal arson in the Amazon is punished severely.” Earlier, Globo Rural magazine reported that more than 70 people in a Whatsapp group in Pará State had recently agreed to set fire to large areas along the BR-163 road.

The aim of the coordinated action was to support right-wing President Jair Bolsonaro in his plan to ease environmental controls, the report said.Conservationists believe that most fires are laid by farmers to create new grazing land for their livestock. As it is currently unusually dry in the region, the fires repeatedly attack intact forest areas.

In Brazil, the heaviest forest fires have been raging for years. Since January, the number of fire and fire clearing in the largest country in South America compared to the same period last year, according to the Brazilian space agency INPE from Sunday by 82 percent. In total, more than 79,000 fires were registered. In most cases, privately owned land was affected, but also in nature reserves and lands of the indigenous population are constantly breaking out of fire.Environmentalists accuse the right-wing President Bolsonaro of creating a political climate in which farmers are encouraged to exploit more and more deforestation and slash-and-burn. The head of state has repeatedly made it clear that he primarily connects the Amazon region with untapped economic potential.Many people protested Sunday against Bolsonaro’s environmental policy. Artists, environmental activists and politicians took part in a demonstration in the district of Ipanema in the metropolis of Rio de Janeiro. “The Amazon stays, Bolsonaro leaves,” they chanted. Popular singer Caetano Veloso told news portal G1, “I’m here to uphold the flag of environmental protection, and the fires in the Amazon show how important that is.”After Bolsonaro had come under criticism for his hesitant response to the fires worldwide, he now sent the armed forces in the fight against the flames. In seven states in the region, soldiers should help with the firefighting and crack down on arsonists. In total, more than 43,000 soldiers are available in the Amazon.Israel wants to send a firefighting aircraft in support, as Bolsonaro announced on Sunday on Twitter. Two aircraft of the Brazilian Air Force were already used at the weekend in the firefighting in the state of Rondônia.

In view of the flames inferno, the large industrialized countries wanted to offer quick help. Contact is being made with the countries of the South American region, said French President Emmanuel Macron at the G7 summit in Biarritz. It’s about “technical and financial means”. In addition, there should also be support for afforestation. 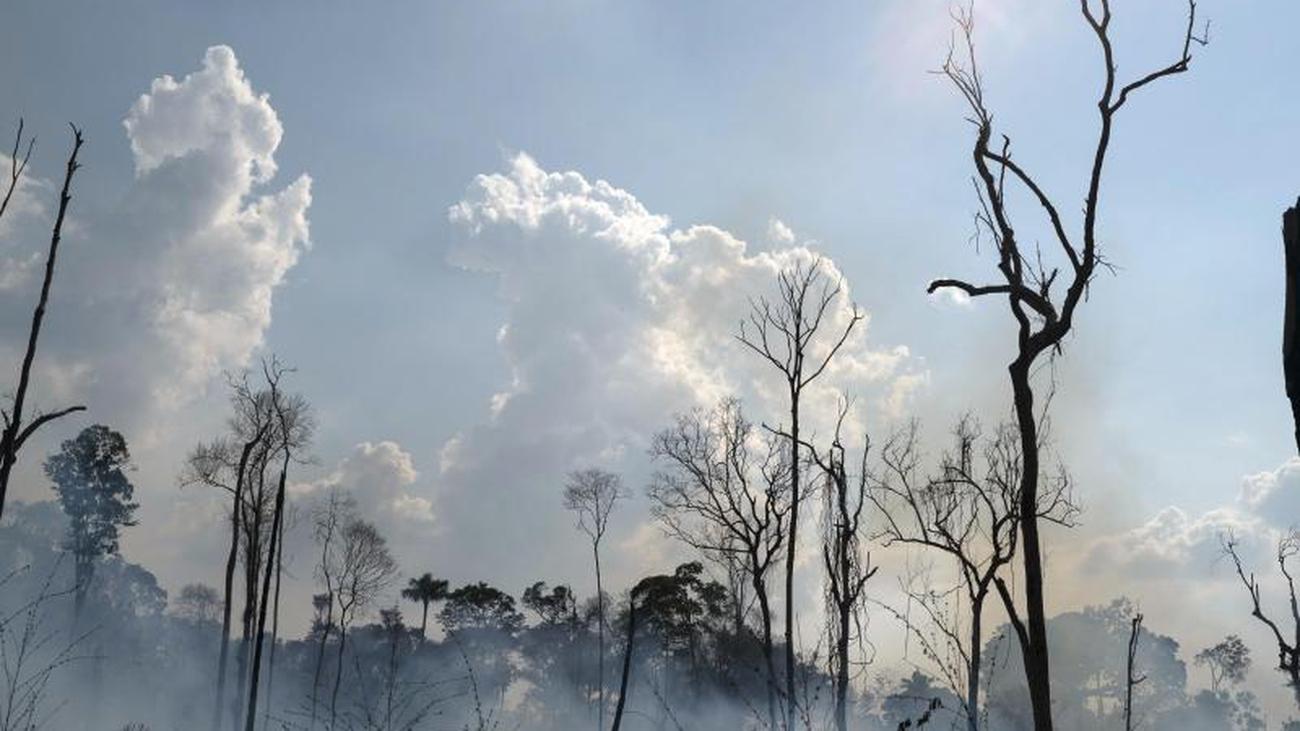