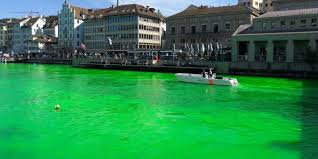 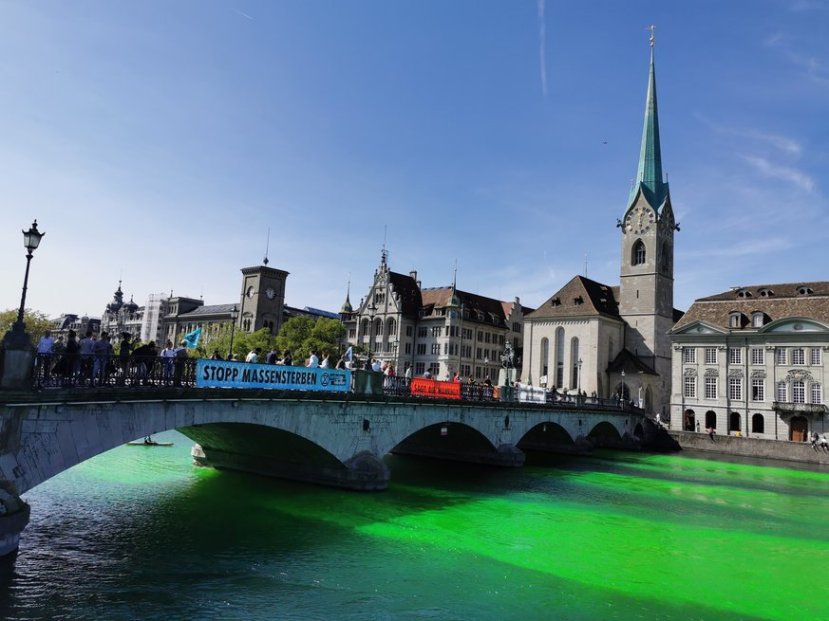 Zurich, Switzerland: In an apparent attempt to turn public opinion against themselves, activists from the group Extinction Rebellion poured unknown quantities of the fluorescent dye Uranine into the river Limmat in downtown Zurich to protest Climate Change, by which they mean to say that climate change is man-made. They claimed the fluorescent compound is absolutely environmentally save, its toxicity is the same as table salt, which would be enough to kill most fish in a freshwater river. the water were turned fluorescent green for several kilometers. It is commonly used to track wastewater flows and sinkhole movements. however the longterm effects are rarely studied and mostly disregarded in comparison to the benefits in real engineering and water management applications. clinical trial showed that Uranine in combination with Phloxine B   killed 100% of fruit flies in experiments.

In Chicago, where the Chicago River is coloured green every year at St. Patric Day, Uranine was replaced with natural dies since 1966 because of environmental concerns.

So, chances are the activists did indeed cause a small, quiet extinction somewhere down the river. It goes without saying that if the climate change agenda was not supported by the globalist elites, or if they had protested any other cause, the activists would have been arrested under suspicion of terrorism. No reports of arrests or any criticism by politicians are known to this date. Authorities took their word that it is ‘only’ uranine without testing the waters. 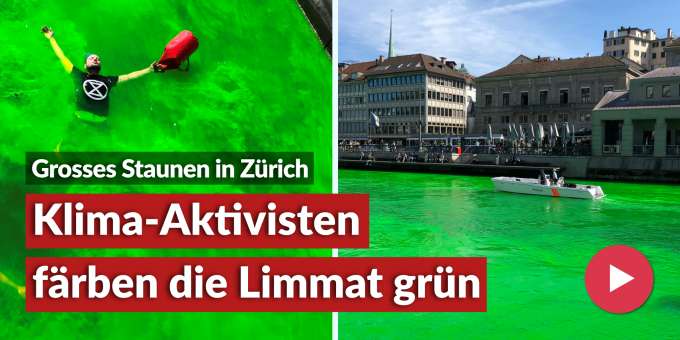