The Lockdown IS the Pandemic: Oxfam confirms Hunger caused by coronavirus could kill more than the virus itself

“We can confidently state that levels have risen. Quarantine regulations, shipping challenges, and overall supply chain issues are compounding and adding to previously existing starvation conditions,”

“We can expect more global deaths due to secondary impacts of COVID-19 than the virus itself — the World Food Program currently estimates that 265 million will be on the brink of starvation by the end of the year.”

Millions of people are being pushed towards hunger by the coronavirus pandemic, which could end up killing more people through lack of food than from the illness itself, Oxfam has warned.

Closed borders, curfews and travel restrictions have disrupted food supplies and incomes in already fragile countries, forcing an extra million people closer to famine in Afghanistan and heightening the humanitarian disaster in Yemen, where two-thirds already live in hunger.

One million more people are facing famine in Afghanistan as a result of coronavirus, according to a report from the charity. The number of people on the brink of famine in the country rose sharply from 2.5 million last September to 3.5 million in May, the result of border closures and the economic downturn in neighbouring Iran that caused a drop in home remittances by overseas workers. 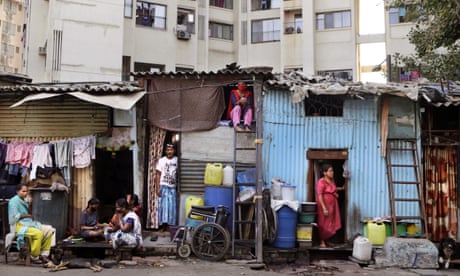 Along with Afghanistan, the charity identified Yemen, the Democratic Republic of the Congo, Venezuela, the west African Sahel, Ethiopia, Sudan, South Sudan, Syria, and Haiti as extreme hunger hotspots.

“The knock-on impacts of Covid-19 are far more widespread than the virus itself, pushing millions of the world’s poorest people deeper into hunger and poverty. It is vital governments contain the spread of this deadly disease, but they must also prevent it killing as many – if not more – people from hunger,” said the chief executive of Oxfam GB, Danny Sriskandarajah.

“For many people, Covid-19 comes as a crisis on top of a crisis. To break the cycle of hunger, governments must build fairer and more sustainable food systems that ensure small-scale producers and workers earn a living wage.”

Oxfam said countries with existing problems, such as South Sudan and Syria, were already seeing hunger worsen but there was also concern for middle-income countries such as India and Brazil.

Mass unemployment was affecting all countries, but informal labourers were suffering the most, often unable to travel to work.

Travel restrictions were also hitting food supplies by preventing farmers from hiring workers and small-scale producers from accessing their own fields.

The report said the virus was heightening the humanitarian disaster in Yemen, where two-thirds of people already have inadequate food.

Remittances from Yemeni workers abroad had dropped by 80% – $253m (£200m) – in the first four months of 2020 as a result of job losses across the Gulf region. The closure of supply routes has led to food shortages and food price hikes in the country, which imports 90% of its food.

Salem Jaffer Baobaid, Yemeni spokesman for Islamic Relief, said the war in Yemen had destroyed the country’s economy, forcing many into day labour rather than secure jobs.

“This pandemic has obliged people to stay at home. This has made life very difficult for people who are meeting their needs on a daily basis,” he said. “The pandemic has affected even the basic life cycle and the suffering of the people has increased.” 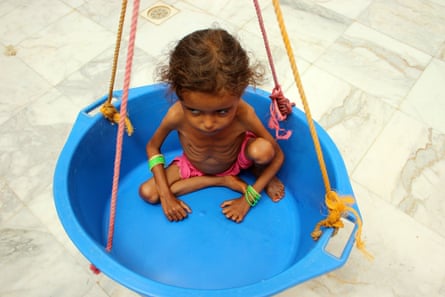 A girl suffering from malnutrition is weighed at a clinic in Yemen’s northern Hajjah province. Photograph: Essa Ahmed/AFP via Getty Images

Islamic Relief warned that even though food and fuel prices had spiked in recent weeks, the international community had failed to meet funding goals for Yemen. Baobaid said the result was more families having to beg on the streets.

“The global humanitarian community need to pay attention to the situation in Yemen. It’s not long before we can slide into a catastrophic humanitarian situation,” he said.

The UN World Food Programme, which estimates that the number of people facing severe hunger will increase by about 122 million this year as a result of the pandemic, cut food deliveries by almost half in northern Yemen. Oxfam said humanitarian assistance around the world had been curtailed by restrictions on movement and other precautions to prevent the virus spreading.

The Oxfam report said only 9% of funding for tackling food security had been met under then UN’s global fund against Covid-19.

Oxfam has called for more money to fight hunger caused by the pandemic, and pushed for the cancellation of debt owed by poor countries when G20 finance ministers meet next week.

Oxfam also highlighted a crisis in Africa’s Sahel region, where at least 4 million people have been displaced by extreme climate conditions that were damaging crops, causing greater tension between communities sharing resources.

So, if we add the 75,000 in the US this year (that will be plus 50% in just one year!) then the Covid-lockdown, not a virus, is a man-made disaster without precedent only regarding suicide drugs and alcohol, not even including the one billion people threatened by starvation.